The radon threat is still very much with us. 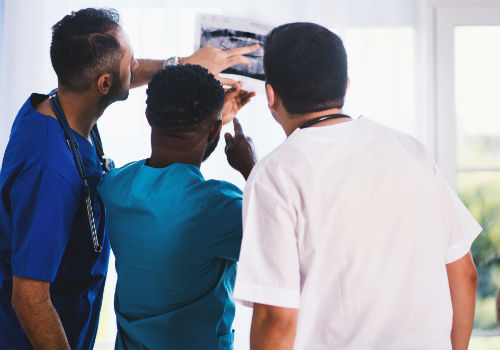 Just imagine being told that you have a less than 50% chance of living another year.

This horrible prognosis is delivered each and every year to thousands of Americans who have been diagnosed with lung cancer caused by radon exposure. Since the late 1980s, more than 500,000 Americans have died from radon-induced lung cancer, and that includes a significant number who have never smoked a day in their lives.

You may have heard of radon. It was more than 20 years ago when dangerous levels were first found in homes across the country, but the risks posed by radon still haven’t been addressed in much of the nation.

Outside air contains very low levels of radon. It only becomes a problem when it accumulates in homes by seeping through cracks and other openings. The gas produces radioactive decay particles that damage the cells that line the lung and leads to lung cancer.

Scientific studies in North America have clearly established the link between radon exposure in the home and lung cancer. It’s the number one leading environmental cause of cancer mortality in the United States and is expected to be the seventh leading cause of cancer death overall this year.

In 1986 then again in 88, Congress directed the E.P.A. to reduce the public’s exposure to radon. However, no substantial progress has been made. Mainly because builders chose to continue to build homes without radon-resistant features. Millions of additional homes built since 1990 have been added to the tens of millions that are already in need of radon reduction.

Classrooms present another hazard. The E.P.A. tested for radon in 927 public schools nationwide between 1990 and 1991. The resulting study concluded that over 70,000 classrooms in the United States were likely to have radon concentrations that equal or exceed the EPA’s action level. Unfortunately, little has been done to fix the problem.

More than 25 years later, only a few states have laws that require radon testing in schools. Sending a student to a classroom with high levels of radon presents a cancer risk that’s similar to requiring a student to smoke a few cigarettes during the school day.

As the EPA candidly stated in a recent plan to address this deadly carcinogen: Too few homes, schools are tested for radon, and an even smaller number are mitigated when high radon levels are found. Although the technical knowledge exists to reduce radon risks, the United States has yet to achieve the level of action required to make a real impact.

So, who dropped the ball?

The EPA’s own Inspector General found in 2008 that the EPA failed to notify Congress that it was not reaching the goals set by lawmakers to reduce indoor radon exposure over a 20 year period.

However, in the fiscal 2019 proposal, The White House is seeking to cut more than $2.5 billion from the annual budget of the EPA. That’s an overall reduction of more than 23 percent. The EPA already has lost hundreds of employees to buyouts and retirements over the past year, and its staffing is now at Reagan-era levels.

Whoever’s to blame, one thing is certain, Radon continues to be a major threat. But you can keep your family safe by testing radon levels in your home at mitigating if necessary.