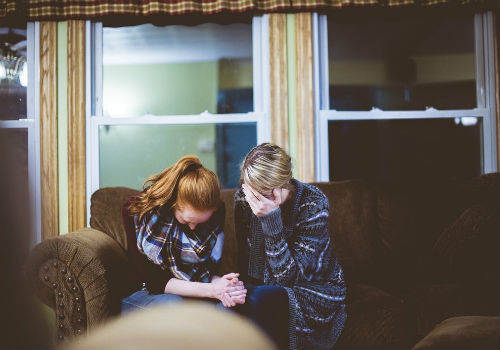 It’s the second leading cause of lung cancer after smoking, and you don’t even know when it’s present. It’s radon. It’s an odorless, tasteless gas that seeps up through the ground, diffuses into the air and often times, right into your home.

Rachael Malmberg, a former member of the U.S. Women’s ice hockey Olympic team, had no idea both, her childhood home, and her current home had dangerous levels of radon. Then she was diagnosed with stage 4 lung cancer, but by then, it was too late.

Mamberg was a healthy, non-smoker her entire life, but when she started experiencing pain in her back and ribs, she went to see a doctor and received an MRI. The cancer was in her lungs and had spread to her lymph nodes and brain. The news was devastating.

Then there was Patti Busch, who leaned over her grandson’s Pack ’n Play and felt a sharp pain in her side. The next day, a scan revealed she had a tumor so large that it cracked her rib when she bent over. A biopsy later confirmed the worst. Busch had stage 4 lung cancer.

Radon can enter your home in many ways. The primary method is through the foundation, or cracks in the walls. It can even enter through your water supply. The U.S. Environmental Protection Agency (EPA) estimates that nearly 1 in 15 homes in the U.S. have radon levels that should be reduced. Ohio, in particular, is a hot spot for radon.

When radon is inhaled, radioactive particles can damage the cells that line the lung, which eventually can lead to cancer.  According to the National Institute of Health, around 15,000 to 22,000 lung cancer deaths in the U.S. each year are related to radon.

Some studies have also linked radon exposure to other cancers like childhood leukemia.

While there is no amount of radon exposure that the EPA deems as “safe”, they recommend anyone with a home that has a radon level at or above 4 picocuries per liter (pCi/L) of air should mitigate the problem immediately.

The radon score form Malmberg’s childhood home was 7.9 pCi/L, and her current home tested at 6.9 pCi/L. She has since had a radon mitigation system installed. She only wishes she knew about the dangers of radon sooner.

As for Patti her husband, Buddy, they immediately tested their home for signs of radon and discovered their home contained 25 picoCuries of radon for each liter of air, which is six times the level that the EPA recommends mitigation. The couple installed a system to pull radon out of their home. Busch knows it may not help her now, but she hopes her experience helps others.

To lower radon levels in your home, the EPA recommends a process called soil suction that prevents the entry of radon by drawing the radon from below the home and venting it through a pipe to the air above your home. A radon mitigation specialist can design a specific system for your home.

Beyond treatment, the number one way to prevent radon from causing cancer is to get your home tested for radon regularly. Click here to have your home or business tested.